RAYA COMES IN BLACK
Raya Icon Pack has been downloaded by dozens of thousands people. It supports 20,000+ icons. It’s clearly our most successful icon pack. Here is its BLACK edition!

Raya Black already supports 5400+ icons and 5700+ app activities and we hope that we will catch up Raya Original 🙂
28 clock widgets are available with numeric and analog versions!

A brand new icon masking is applied on all unsupported apps… with a grayscale effect ?

IF YOU KNOW US YOU ALREADY KNOW THIS:
– We work on ALL icon requests and often publish updates
– The highest resolution of original icons is used to create the custom icons
– Responsive themers. Contact us if you have troubles using our icon pack!

LAUNCHER COMPATIBILITY
We use Candybar as a base to get a dashboard. Several launchers are mentioned as compatible but here is below a more precise list based on my own experience. I tested all these launchers manually.
Please tell me if I made a mistake or if you tried other launchers, thank you!

1 – FULL SUPPORT
Note: you can apply the icon pack from the dashboard and all features are working as expected
ADW launcher, Nova launcher and Smart launcher

2 – ALL FEATURES BUT THEY HAVE TO BE APPLIED FROM THEIR OWN SETTINGS
Note: all features are working well but you will have to apply the icon pack from the settings of the launcher. Not a big deal 🙂
Evie launcher and Hyperion launcher

4 – THEY ONLY SUPPORT ICON PACKS, NOTHING ELSE. POOR USER EXPERIENCE.
Note: Both icon masking features won’t work. Depending on the launcher, I’ve been very disappointed. Please do not blame us if you are using these launchers. We can’t do anything…
Either the default shape of the icon mask is not applied or it’s applied above the original icon so we no longer see it…
Action launcher, Holo launcher, Poco launcher, Blackberry launcher, GO Ex launcher Z, C launcher, Apex launcher classic, Arc launcher, ASAP launcher, Ceri launcher, Line launcher (dodol), Galaxy S launcher, KISS launcher, Lean launcher and Rootless Pixel launcher.

About Arc launcher and ASAP launcher, users have to unlock the premium features to apply an icon pack so I have no idea if the icon mask works.

NEED HELP?
If you need help PLEASE contact us by email, Twitter or Telegram. We often need additional information so PLEASE do NOT use the review system to report a bug.

REFUNDS
You can get a refund within 2 hours from mobile and 48 hours from desktop (if it was your 1st purchase). You can also drop us an email with your order ID (GPA….). 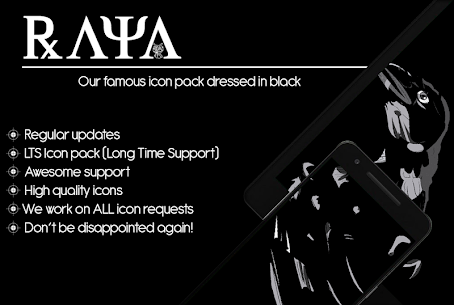 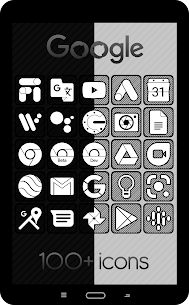 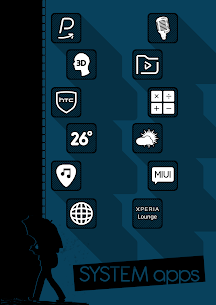 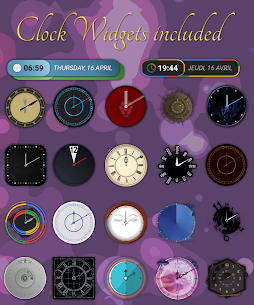 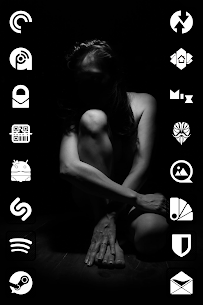